Now Trending:
Home
Tax Deductions
What is the IRS Mileage Rate for 2020? 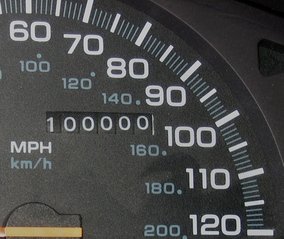 For anyone expecting to claim mileage on their taxes in 2021, it’s an exciting time. The IRS has released the new mileage rate.

Let’s discuss what you need to know about what the IRS mileage rate is and what you can expect from the IRS this year.

What is the Mileage Rate?

The standard mileage rate for vehicles used for work, medical, and charitable purposes are as follows:

The mileage rate released by the IRS also offers guidance on reimbursement for mobile workers. The reimbursement received isn’t taxable as long as the cents per mile reimbursed isn’t above the recommended IRS rates.

Most companies will, therefore, choose to reimburse workers at the stated IRS mileage rate for that year.

Other Names for the IRS Mileage Rate

No matter what it’s called the stated IRS mileage rate is a guideline for reimbursement.

The TCJA has Changed the Way You Claim

The Tax Cuts and Jobs Act (TCJA) changed everything for employees. Un-reimbursed mileage was able to be claimed as a deduction. Unfortunately, this is no longer possible. This leaves employees in difficult situations because now it’s up to their employers to take steps to make up for it.

If they don’t, you could be missing out.

Contrary to popular belief, there are a lot of factors that go into the IRS determining their mileage rate for the year. Yes, fuel prices are still a big factor, but it’s far from the only influence.

Fuel prices remain a major factor. The problem is it’s hard to predict what the mileage rate will be due to conflict in the Middle East and falling demand. It’s unclear how these prices will impact the mileage rate.

Vehicle repair costs are increasing every year, so this is an increasingly important factor in determining the IRS mileage rate.

Another cost that’s increasing is auto insurance. There are a number of reasons for this, such as the number of accidents on the roads and the number of minor accidents caused by distracted driving.

You’re paying for this cost whenever you get behind the wheel. That’s why the IRS also factors in insurance costs.

Vehicle costs have increased as well, with Americans spending more than ever before on cars. Cars are changing, and the demands of cars are changing. With so many new, advanced features on newer vehicles, Americans are continuing to spend more.

Vehicle upgrades are expensive, and so the IRS is taking it into account.

What’s the Likely Mileage Rate for 2020?

It’s a strange year because with everything going on domestically and internationally, it’s nearly impossible to spot the trends. Without any consistent numbers within any of these factors, it’s hard to say whether there’s going to be another increase.

2019 saw an increase in the mileage rate from 0.53 to 0.58, but if we look at previous years, this isn’t an indicator that the rate will either rise or fall. So the new mileage rate will be a surprise to everyone when it’s finally announced.

What Should Employers Do to Prepare for the New Mileage Rate?

In the event you’re paying your employees the current IRS mileage rate of 0.58, it may be worth searching for an alternative.

There are a few reasons for this:

Understand that the mileage rate is not a recommendation for what companies should pay. It’s merely the limit at which companies can’t reimburse more without incurring taxes on those reimbursements.

You may want to look into other options, such as the Fixed and Variable Rate (FAVR) reimbursement.  This is the only program recommended by the IRS as it takes into account both the variable and fixed costs of using a vehicle for business use.

How to Claim a Mileage Tax Deduction

Online tax filing finds all the deductions and credits you are entitled to for the largest possible refund.